How much more mystic will this get?

I didn't have to drive to work as we have to go out for a party in the evening n I'll be dropped home......

When I saw you standing there
I bout fell out my chair
And when you moved your mouth to speak
I felt the blood go to my feet.

Now it took time for me to know
what you tried so not to show
Now something in my soul just cries
I see the want in your blue eyes.

You told yourself years ago
You'd never let your feeling show
The obligation that you made
For the title that they gave.
Posted by Nachiketa at 10:01 AM No comments: Links to this post 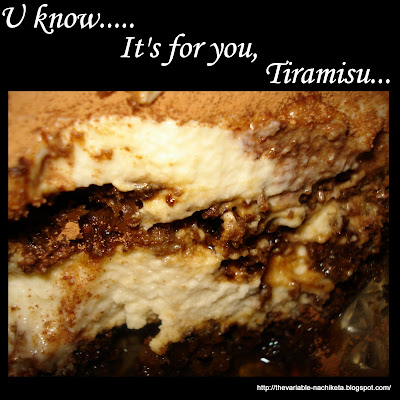 Had been think about making Tiramisu but never got around to it as it was looking like a very daunting tasks [Which it did prove to be... :-) ] and then a friend's mail pushed me into an overdrive.....

I spent ages reading up stuff on the net.... not too many good recipes floating around. What was even more crazy, was going to many markets to look for the ingredients like cream[goes out of stock in summers] and even more for marscapone cheese[finally found it in Khanna Mkt in Jorbagh :-) Thank god for small mercies].....

Couldn't find sponge fingers anywhere[South ex, Sarojni Nagar, Moti Bagh, RK Puram, New Friend's Colony Markets] as per demanded by the original recipe.... So I decided to make the cake myself... Since I like coffee n chocolate flavour, made the cake into a coffee sponge cake[loaded with extra coffee] instead of vanilla sponge fingers.... Spread lots of concentrated coffee syrup on it.... Added a coffee liqueur[Bailey's] into the filling of cream and marscapone with some extra coffee extract.....

All the effort was really worth it...... 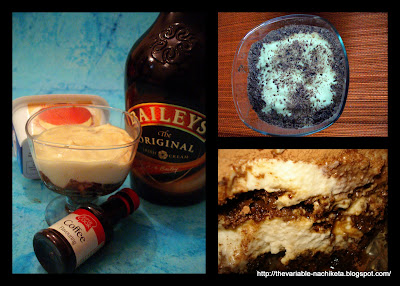 Had gone for dinner to vimla aunty's place, the next day. Everyone liked it a lot. Did the dressing at her place only..... Dusted the top with cocoa[totally slipped my mind to take a picture at this stage] Next time for sure...
Even the sugar-free people had 2 helpings.
I ate it too....... Hmmmmmm...... Really good for a first attempt. 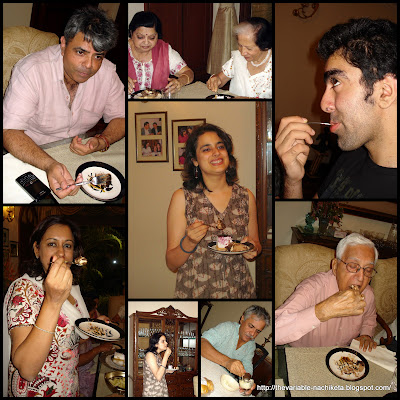 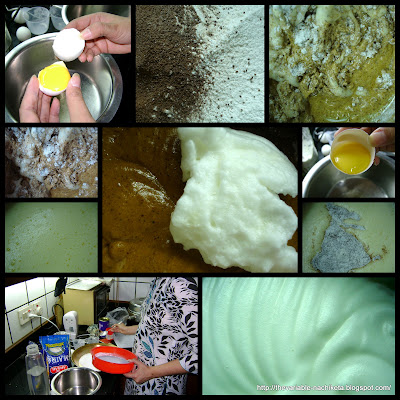 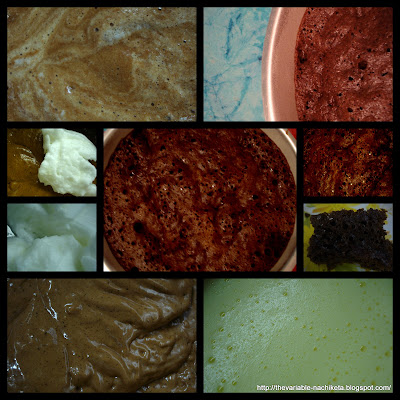 For The Filling
Adapted from Nigella's Tiramisu layer cake
Whisk the eggs and sugar, and then beat in the mascarpone and whipped double cream. I use an electric beater for this, but there is no need to if you’re feeling muscly. Then add, gradually, the 125ml Tia Maria[I used bailey's] to make a creamy spreadable layer for the cake.
Instead of leaving the eggs raw as most recipes said... I cooked it[to prevent any sort of allergic reactions to raw eggs] over a double boiler with some vanilla essence[I hate the smell of raw eggs] 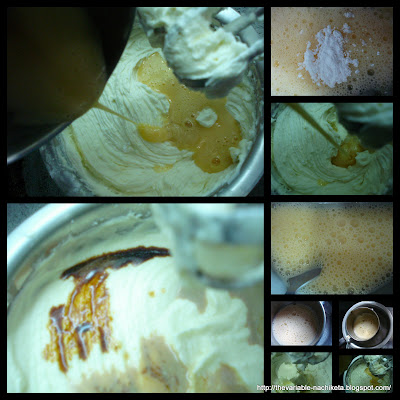 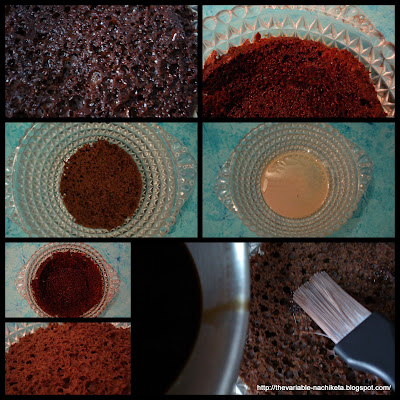 The assembly was quite a challenge for me in Delhi's heat....... The ingredients are suppose to be whipped cold... n Delhi's freaking HOT...... If I put on the fan, the gas flame goes off[the coffee syrup was simmering] and the cake is drying up...... If I put off the fan, the cream n marscapone would not whipp up cause it's so hot...... [finally put the bowl of cream n marscapone on icecubes in a kadai... Crazy stuff I did to escape from Delhi heat :-) ]Running from the kitchen to my room to click the pictures along with cooking.............n not to mention if I put the fan off, I BOIL, rather feel like MELTING................... 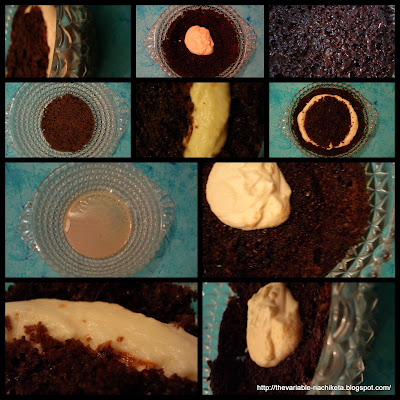 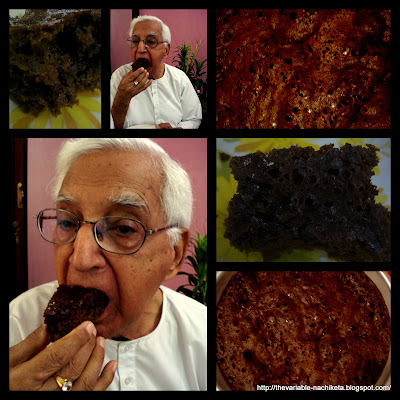 The phrase tira mi su literally means 'pick-me-up' or 'pull-me-up' in reference to the effects of the sugar and espresso. 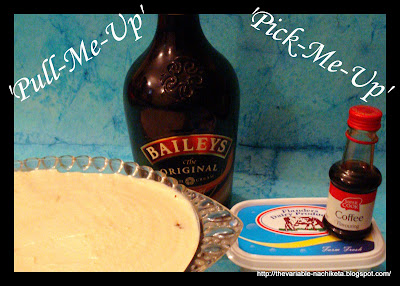 Posted by Nachiketa at 4:58 PM 3 comments: Links to this post

Am I Star Struck? Meeting Dr. Shashi Tharoor at DBM 30

The Delhi Bloggers Bloc organized a DBM in 2 hours flat to meet with Dr. Shashi Tharoor, who was in town on Thursday 21st May 09. Saw the invite on facebook. Wanted to go for it but had another lecture to attend the same day in North Campus at very close timings, something I never miss...... Total Dilemma.......

I wanted to meet him a lot more after going thru his website http://www.shashitharoor.com/, http://www.shashitharoor.in/ and tweets at http://twitter.com/shashitharoor. [I discovered he enjoys food like I do... :-) ]
Aakriti a colleague asked me if I was interested in going..... sure I was.... so Aakriti, her husband and I trudged off to C.P...... Tight shave in timings... but atleast C.P was halfway to getting to North Campus...... Will leave the talk early to get to north Campus in time.

He just blew me away with the ease with which he spoke on any topic, blogosphere, his experience, U.N, politics and yet be so real that he tweets about eating terrible gol gappas during his campaign visit to Noida. 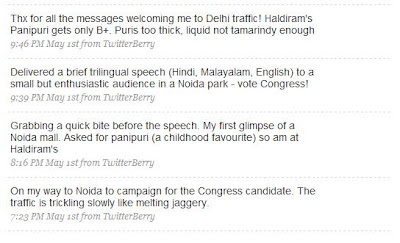 The session was very interesting. He shared his experience with the blogosphere, twitterati and technology. 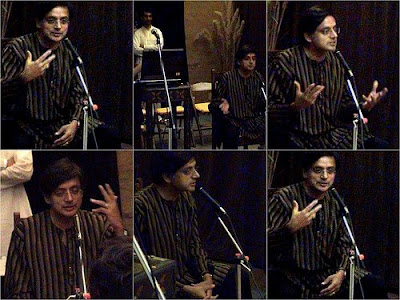 Then came the open house, people asked him about U.N, education, governance etc...... The only thing I told him after introducing my self as a food blogger who also used her blog as a diary was that if ever he wanted to eat golgappas, haldiram’s was the crappiest place to eat them. If he was ever in noida again, He could get in touch with me for having golgappas.....
And he remembers....
His tweets... 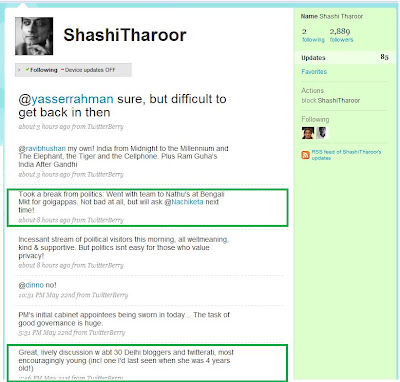 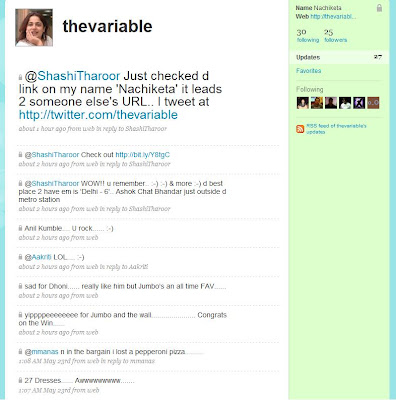 Someone asked him what are this top priorties as a leader..... his answer was very humbling..... 'Drinking water for his people'..... 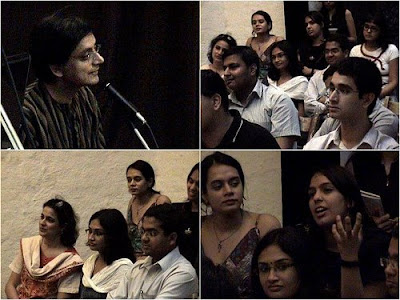 Swagat Sen the Digital Storyteller posted pics at ‘dbm#30 tweet meet with 'Dr. Shashi Tharoor ’ am the one in the orange n white salwar kameez.

Rings of Delight ~ Donuts from 'Mad Over Donuts'

“Be sweet and honest always, but for God's sake don't eat my doughnuts!” ~ Emma Bunton 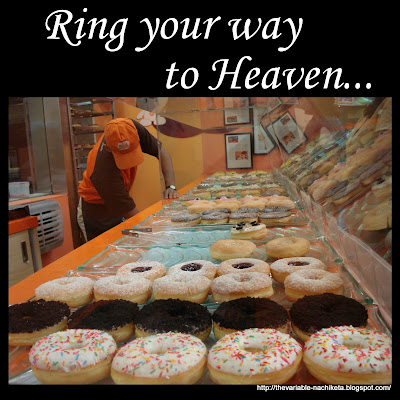 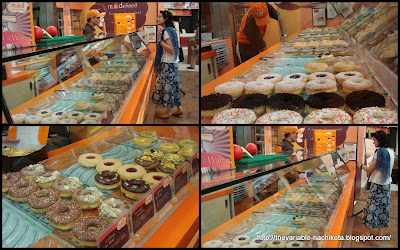 [Thanks bhaskar for helping with the pictures at the venue..... ;-) ]
I didn't find donuts i liked from then till now.... A new place has opened up in Great India Place [GIP] called 'Mad Over Donuts'....... 1 bite and I fell in love with the place instantly...... Check out their website at http://www.madoverdonuts.com/
The aroma, at their counter just blows me away....... Have joined the wagon of "Mad Over Donuts" 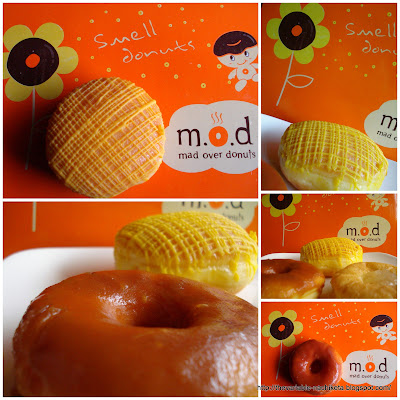 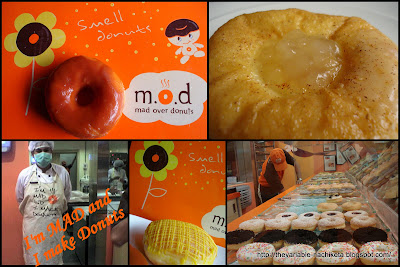 Their variety has grown over a period of time...... they've even got some seasonal ones done with mango..... yummyyyyy......

Just when i was going to take pictures of the donuts, mamu got be these nice white platters, I was looking for...... Yaaaaaayyyyyy..... Thanks mamu..... 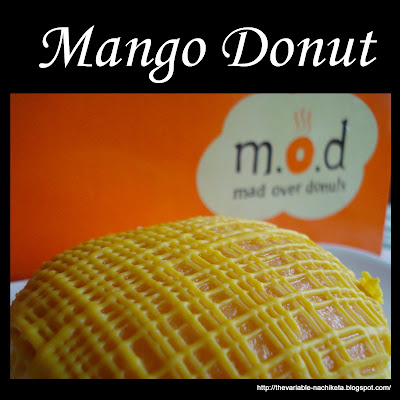 "Carameltz- Our homemade caramel fudge! Guaranteed to melt in your mouth." 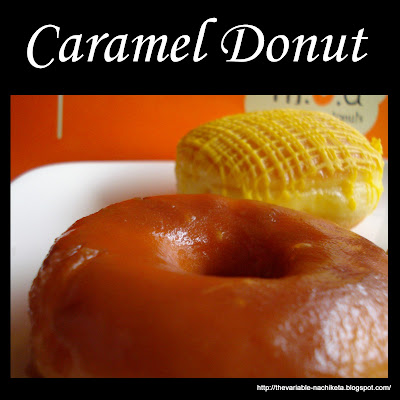 Posted by Nachiketa at 3:44 PM No comments: Links to this post

A colleague at work came to my desk, she was humming this song..... Made me go wayback in time.....
I remember humming this, sometime back.....

The best memory is that which forgets nothing, but injuries. Write kindness in marble and write injuries in the dust.

- Persian Proverb
Posted by Nachiketa at 3:30 PM 3 comments: Links to this post