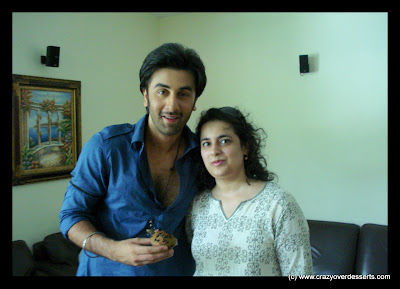 Cappuccino Chocolatechip Muffins for the Rockstar team.
The hardwork on this movie is quite evident... From the acting (hicups for Nargis though), direction, costumes, dialogues, characterization, to the songs.... A.R.Rehman's music is fabulous.... and Imtiaz Ali has them flowing in the movie in absolute poetry. The movie's got a rating of 8.5 on IMDB.
Meeting Imtiaz Ali was such a special moment... He's quite a rock star himself... warm and endearing.... I still remember my promise of baking something savory for you :) 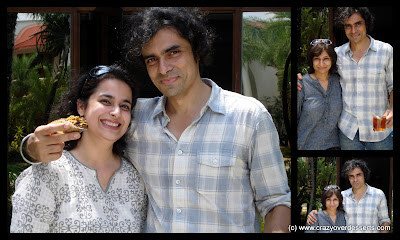 All of them seem like such foodies that it's an instant connect... :) 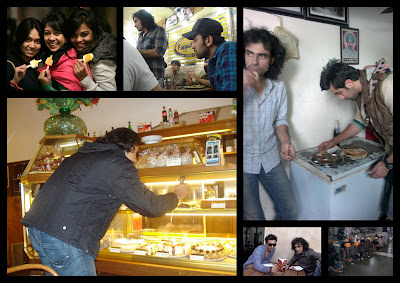 The team has been using facebook aggressively to make a connect with the audience.... The Diwali post was really sweet, with Ranbeer talking about the film's cinematographer Anil Mehta :)

Hello Rockstars. Today i want you guys to be introduced to my favorite person in the film industry. His name is Mr Anil Mehta. he's the cinematographer of our film. I had worked with him on Wake Up Sid too. He's truly complete man who i respect and adore and haven't met anybody with such positive and warm vibes. He's the reason i still have faith in film people in this fickle industry. he made me promise that i have to get married with in two years with a non filmy girl. We have had such wild wrap party nights together where me and him use to end up hugging each other for hours. I remember one wrap up party in Mcleod ganj, where anil sir went up to Imtiaz and hugged him. And in 5 mins the entire crew of Rockstar was part of one big hug which left Imtiaz weeping like a child. It was one of the most beautiful moments that i have been part of. Truly. Hope you all guys doing well.
Ps. I spent an hour with Mr Rahman yesterday at his Mumbai residence. Discussed Mumbai concert and spoke about spirituality and faith. What a superior being he is. Last night saw the first Mono copy of Rockstar. Fingers crossed guys. I was anxious,excited and nervous. Its the feeling i always wanna feel being part of movies. I love you all.Speak to you today.. 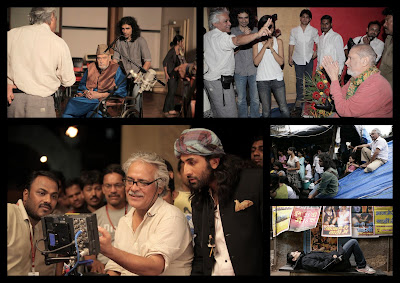 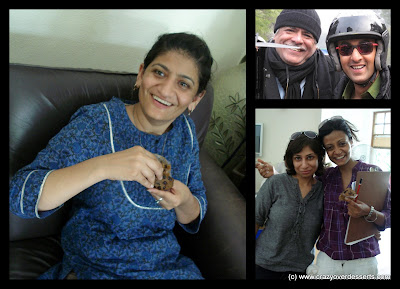 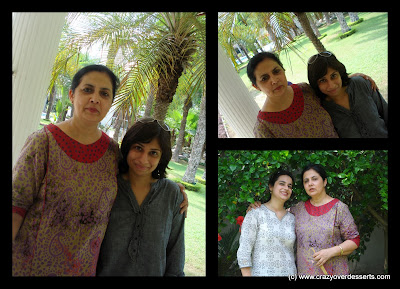 The scene being shot when we visited, was the one where Piyush Mishra is telling Ranbeer about a rockstar's image and brand.

Check out the pictures from the hall and match them to the ones above :)
(For all those who love the courts n lawyers..... Pl note that this is not an attempt at piracy, just putting a point across.... Also this post doesn't contain any spoilers.) 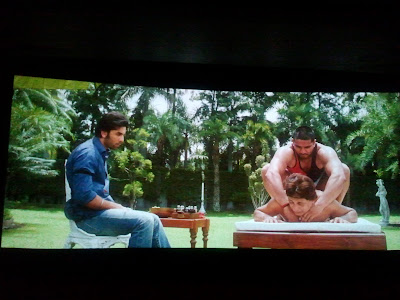 Ranbir Kapoor isn't exactly my favorite but this movie.... He's done quite well for himself after Wake up Sid. The scenes at Hazrat Nizamuddin Dargah, where he spends time with the Qawwals, plays with them, was really endearing. The song Kun Faaya Kun was fantastic. The initial awkward college kid... grows into an angry rockstar with an attitude... From a guy who sprinkles alcohol in a disco, to a man whose burning with passion.
Nargis for some strange reason kept reminding me of Katrina Kaif... Why is that so? I can't put a finger on it but there is something to it. There was also something weird about her lips in some scenes.... As a first attempt at bollywood.... would gather some pass muster.
The scene where she sneaks up behind men taking a leak on the wall is quite hilarious.. ;) 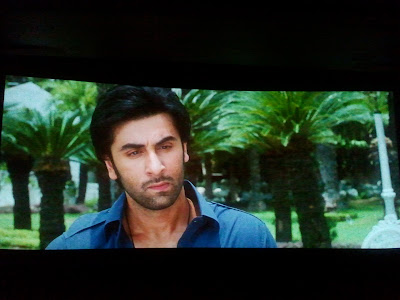 Jordan's advisor-turned-manager played by Kumud Mishra is a fantastic job. Aditi Rao Hydari is impressive as Sheena. The talented Piyush Mishra has this way of getting under your skin in this role..... :)
Shammi Kapoor is just adorable..... Love the scene where Ranbeer and he play music together in the studio... It has a divine feel with loads of honesty.... 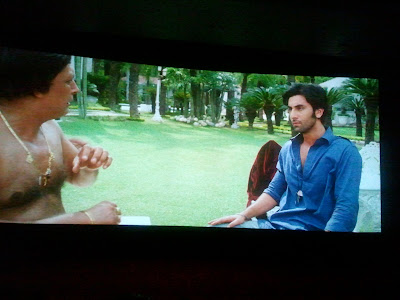 The Kashmir shoot..... was breathtaking... made me want to drive down there immediately and roll in the snow. The lip-sync song they did as a tribute to Shammi Kapoor from Kashmir ki Kali was adorable.
The Prague shoot was beautiful... Guess that city is inspiring.... Holiday plans are in place... first Kashmir and then Prague :) 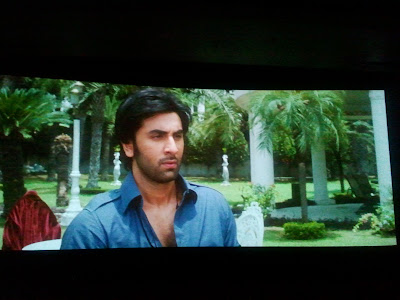 bollywoodtrade.com writes "Hailed as Ranbir Kapoor’s finest performance to date and his biggest ever opener, ROCKSTAR has grossed Rs. 53 crore in India (Net collection: Rs. 37crore) and Rs. 11 crore overseas in its first three days. "
Rockstar rocks Twitter! via bollyspice.com
Amitabh Bachchan told his Twitter community, “Just back from ‘RockStar‘ and living in the brilliance of all – Imtiaz Ali, Ranbir, AR and Nargis”
Karan Johar assured, “Watched ROCKSTAR…and am a certified Ranbir Kapoor fan!! His performance is unbelievable!”
Bipasha Basu had been one of the first to tweet, “Ranbir Kapoor as Jordan,U have to fall in love with him! Imtiaz Ali is an outstanding filmmaker!”
Filmmaker and actor Anurag Kashyap was overwhelmed: “Rockstar is not so much about rock as it is an individuals story…its another kind of coming of age film..just can’t get it out of my head. It is easily Imtiaz Ali’s best. This is how a love story should be told. Soul stirring. Still assimilating. It is unlike most films.. no cacophony of sounds..quiet.. no unnecessary background to propel it forward..Ranbir is just awesome. Such an unexpected film.. does not take any easy route.. does not become a clap trap or a crowd pleaser..It’s just so heartfelt.” 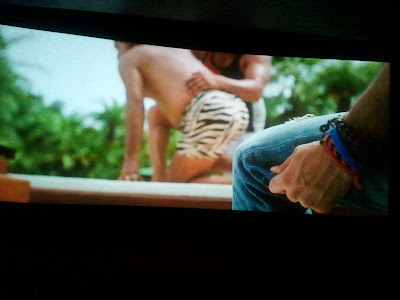 Verdict:
Amazing music. Could have been a bit shorter in the second half...Overall it's watchable....
3.5 out of 5
Posted by Nachiketa at 11:53 PM 2 comments: Links to this post